‘Y’all Should All Get Lynched’

I tip my brim to media blogger Richard Prince for pointing to the provocative rap video below... evidently produced by BET executive Reginald Hudlin but released on the internets by Babygrande Records. 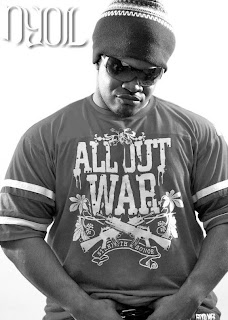 The theme of the video is that “coon-ass rappers” who traffic in negative images are “sellout niggas” who ought to be lynched.

The track is by Staten Island rapper NYOIL, and was originally released in 2006. It’s included on the new NYOIL album “Hood Treason: Deluxe 2 CD Edition.”

“To BET’s credit,” wrote Dick Prince, “the network has not televised the animated video....” In Prince’s opinion, the song “trivializes the horrors of lynching to make its point.”

I’m all for free speech... and the animation is definitely top quality. But perhaps Black Entertainment Television shouldn’t be in the position of suggesting that anyone get lynched, metaphorically or otherwise.

What do y’all think? Is this too much for TV?

Well, speaking as someone who's a whiter than white dude, and someone who's not that big a fan of rap but likes to think he understands and respects the medium...

...I really don't know. It's one of the angriest, most passionate things I've seen in a while. And I'm all for passion. But does he see every white guy who laughs at a black comedian as someone who deserves to get laid out?

As for the appropriateness of it being shown on BET... I think it's too sensationalistic for the point to come across properly. At least not in between reruns of Girlfriends.

At least not in between reruns of Girlfriends.

If you find the animated version disturbing you should check out the original video which NYOIL put together himself about two years ago.

By the way. I've been NYOIL's consultant off and on for quite a while now. I think he's doing just fine.

^ Cool, Michael. Unfortunately, that video you linked to has been deleted.

Hey, thanks for the shout-out!
The original video made by NYOIL is still on the Web, and is linked to under the lead item here:
http://www.maynardije.org/columns/dickprince/080623_prince

Dude was preaching hard-core-jolly-100%-24k-TRUTH in my book. Yeah, I know the word "lynch" is very painful, but I tend to see things from the perspective of the simple man. In my book these fake-ass-sell-out rappers have gotten fat while mentally lynching a few generations of our young folk by espousing their looser-ass-thug-life dogma, so whats good for the goose is good for the gander. Hell, give me the rope and I'll have them them sacks of shite strange-fruit-swinging in the wind, bunch of no good motha ....

Sorry ya'll, but that ilk is a major sore spot with me.

Richard, thanks for commenting... and for pointing to that link to the original vid. I went right past it in your column.

Mr. Prince, please send me an e-mail at assaultonblacksanity@gmail.com

I don't advocate lynching anybody. That aside, I did like the video and loved the animation.

I get NYOIL's point. (I couldn't help but think, if Aaron McGruder had a rap alias he'd cut a record that hit hard like this one.) Heck, there's even a shout out to Nina Simone! And I caught a glimspe of Huey P. Newton.

Wow! Is it his birthday, or something? Two posts today alone, back to back, and each has an image of Newton in it!

I've heard this song many times, but never really listened until now.

OK... it's provocative. And while I'm sure BET was provided a bleeped version, I'm not a fan of cable TV channels feigning compliance with FCC obscenity regulations.

But it's ironic to me that BET found this video too offensive to air given the inane quality of their normal playlist. The network execs that put the kibosh on NYOIL are straight up hypocrites for this reason. I'm thinking the real deal is NYOIL's basically an indie act from an indie label, and the commercial media conglomerates' stranglehold on outlets is so thorough any content like this that outs the industry is bound to get squashed.

It's just one more reason why BET has so little credibility.

Other than keeping the song under wraps, why the hell would BET license this song??

Their whole business model is the first thing getting lynched.

Drat, the animated video's been pulled.

^ Whatchu talkin bout, dez? The one I embedded? It still plays.

Seems my computer is weirding out on some of your embeds. I can see UBM TV and some links such as the Escovedo/Springsteen video, but others give me the "We're sorry. This video is no longer available" screen.

I think what happened to Chappelle's Show had more to do with Chappelle's mental state than "the rest of 'em" (an appellation I find very offensive, btw, since not all of us non-black people are idiots).

"...talking about shit you ain't never going to do."...NYOIL - Y'all Should All Get Lynched"

Is anybody listening to him? Probably not. Like Chris R. and Cosby, NYOIL feels accountability might be a virtue worth pursuing.

I cannot say it any better than NYOIL.