Y’all know I like covers... especially covers “with a twist.” So this is a natural for African Music Weekend.

Click the song titles below and hear some good ol’ American tunes interpreted by vocalists from the Motherland!

One of the artists I discovered during my first binge of South African CD-purchasing in 2000 was Lungiswa Plaatjies. Born in Cape Town, Lungiswa sings in an appealing pop-funky style. 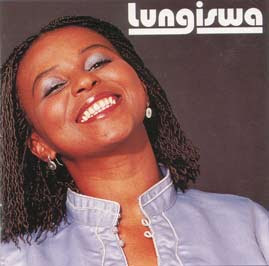 She got her chops performing with the traditional-music group Amampondo (one of Mandela’s favorite bands).

Amampondo was founded by Lungiswa’s uncle, Dizu Plaatjies, and she started with the group at age 9.

Lungiswa’s self-titled solo album from 2000 contains this smokin’ cover of the Marvin Gaye classic... sung in the Xhosa language!

I have blogged before about international pop star Angélique Kidjo. She’s from Benin, but it was a South African TV producer who introduced me to this track in 2000.

A critic at All Music Guide calls it the best Jimi Hendrix cover ever. I’m not fixing to argue. (Here’s the music video, which is as superbly produced as the track itself.) 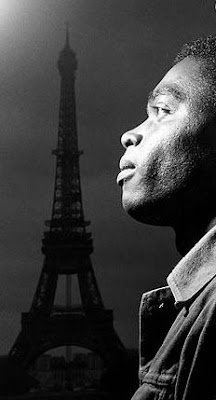 I should’ve blogged about Bony Bikaye by now as a paragon of “eccentric blackness.” His 1996 album “Computer’s Dreams” is a complete head-scratcher.

Singing bizarrely over a homemade hash of cheap drum-machine beats and toy synthesizers, Bikaye has the audacity to cover some of the greatest pop songs of all time. Like “Let It Be.” “Superstition.” “When Doves Cry.”

Michael Jackson’s “Bad” sort of sucks anyway, so this is not as grave an insult.

Unbelievably, Bony Bikaye – who’s from Zaire – is not a delusional amateur. He has a minor reputation as an experimentalist based on his previous collaborations with French composer Hector Zazou.

Gloria Bosman, raised in Soweto, started singing in church. Then she won scholarships to study opera in Pretoria.

Now she’s a classy jazz singer who knows how to handle American standards like “Summertime” and “Smoke Gets In Your Eyes.” I dig what she did with this choice Bachrach-David tune.

Gnonnas Pedro, who died in 2004, was a major star in Benin. A bandleader since the 1960s, Pedro gained international exposure during the ’90s as a vocalist with the Afro-Latin supergroup Africando.

This track here? Gnonnas Pedro does his best James Brown impression. And his best is rather iffy. He cannot speak English so he sings the words phonetically. (For the “sugar and spice” line, he just utters random syllables.)

I’ll have more to say about Comb & Razor before the weekend is over. (Matter fact, I blogged about him back in January.) His Gnonnas Pedro post is a delight. C&R celebrates African pop music as it is lived.

He describes Pedro as “[a] dazzling showman who hewed to the old school entertainment ethos of giving the people want they want. You wanted to hear a bolero in Spanish? Gnonnas Pedro would sing it for you. French chanson? He was up to the task. American soul? Congolese rumba? Nigerian-style highlife? Your favorite country ballad? No matter the song or the style, you could count on Gnonnas Pedro to give it the old college try.”

That’s what I like about this job. You learn stuff. 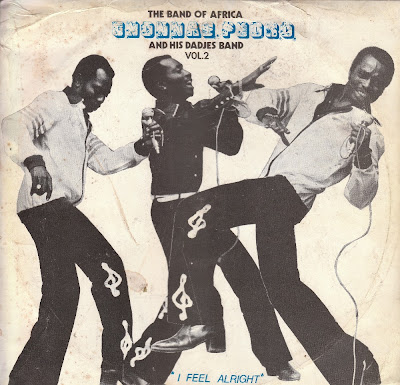 Posted by Undercover Black Man at 11:42 AM

Or, her live concert version:

Or, Nina Simone's upbeat digitalized, boutique-styled version that can be found on the current "Sex and the City" soundtrack:

Snap! I actually have the first two you tracks you list on my mp3 player! :-D

I only found out about Kidjo's "Voodoo Child" cover while watching VH1 a week or so ago. I thought it would be the only cut on the album that I would like, but the whole album is pretty nice!

Snap! I actually have the first two you tracks you list on my mp3 player! :-D

You copped the Lungiswa at Calabash, no doubt?

Do you listen to Coverville? www.coverville.com

This would make a great theme show for Brian.

Well, I guess you're no longer my brother from another mother, 'cause that would be creepy. :-P

You copped the Lungiswa at Calabash, no doubt?

I've made loads of purchases there but not this one.

I like your playlist idea. I checked all the African songs on my player and the only ones that fit the category are the first two you mention. The only other song that I can think of is "It's a Man's Man's Man's World" by
Sekouba Bambino but he doesn't sing it in English.

Somewhere, there's got to be a James Brown tribute album by African artists. Would Afrobeat be a genre if not for the Godfather of Soul?

Other good ones are that Phil Collin's song "In The Air Tonight" done by Toure Kunda (Senegal) and Curtis Mayfield's "People Get Ready" by Ladysmith Black Mambazo (South Africa) with Phoebe Snow.

They are both on a CD compilation called "Cover the World" from Putumayo.

^ Sounds fabulous, carabosse! Thanks for that.

I'm ashamed to say this but, besides Angelic Kidjo and Gloria Bosman. I don't know any of the musicians you've just mentioned, I must step up my African music knowledge

^ AQUILOGY: Do you have an opinion on Lebo Mashile? Is spoken word a big deal in South Africa?

By the way, here’s the track that made me a fan for life of Gloria Bosman: "Remembering Thami Mnyele."

Eric: I hadn't checked out Coverville. If Brian is interested, I've got a couple of other examples.

^ AQUILOGY: Do you have an opinion on Lebo Mashile? Is spoken word a big deal in South Africa?

I think she's great, she huge here in SA, she's had about two shows inthe past three years. Spoken word is not as big as it should be here in SA but I predict that it'll be huge in the next few years