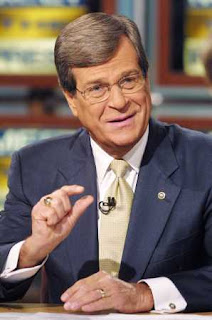 So... while we were looking Left, some shit done hit the fan over on the Right!

According to a salacious gossip blog called Big Head DC, Republican Trent Lott’s abrupt resignation from the U.S. Senate yesterday might have something to do with Lott’s “alleged” involvement with a “gay escort” known as Benjamin Nichols.

But early this morning, Big Head DC updated with this from Larry Flynt’s website:

“HUSTLER Magazine has received numerous inquiries regarding the involvement of Larry Flynt and HUSTLER in the resignation of Trent Lott. Senator Lott has been the target of an ongoing HUSTLER investigation for some time now, due to confidential information that we have received.”

I suppose we’ll soon see whether Big Head DC (i.e., Rob Capriccioso) is a useless scumbucket or a beacon of truth. He has already done his part to spread the Hillary rumor.
Posted by Undercover Black Man at 2:28 AM

Labels: Look at all these rumors...

I'm almost sorry to see the old fool go. He said out loud what all the Rupugs think - so he was made the sacrificial goat.

Why is it when these politicians have a sex scandal they always call a press conference with their wives by their side? Haven't their wives been humiliated enough?

Pity that Lott is by definition a 'public figure' so there's no chance for a lawsuit ... yet.

*shrug* what I find amusing is that the very same people who shout to the Heavens that they're the most tolerant of all, act in the most intolerant ways imaginable.

Who was it that complained about the politics of personal destruction?

Oh and that a private life should remain private?

Since when is it intolerant to expose hypocrites? I don't recall Clinton sponsoring a Constitutional amendment to ban blow jobs.

Bill might not have sponsored the anti-blowjob amendment, but it may be the first order of business if his ball and chain gets elected.

I want this brought up at the next debate.

Since when is it intolerant to expose hypocrites?

And what precisely is hypocritical?

Remember Ryan in Illinois? A Republican who had his private **sealed** divorce records made public at the request of a Democrat newspaper, by a Democrat judge for the express purpose of destroying the man's political career.

Yet not one single Democrat newspaper, i.e. almost all newspapers, have since requested to unseal sealed divorce records for *any* Democrats. That's hypocrisy.

And how is Lott a hypocrite? He's never had any relationship with the gay guy in question.

Nor would he outlaw selling the Lincoln bedroom for cash donations.