Something throwbacky from Marcus Miller 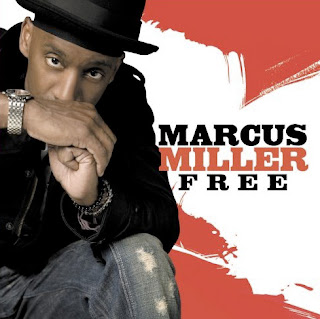 Good thing I occasionally check in at Fabchannel.com, the Dutch concert-video site, to see what new concerts they’ve got streaming. Here’s one fresh from the oven:

The superstar bass player was in Europe last month promoting his new CD, “Free.” He’ll be in Japan next month doing the same thing.

Which is a drag for Miller’s U.S. fans... because “Free” hasn’t even been released here yet. Not even on iTunes.

(If you wanna buy it now, you’ll have to cope with the sticker shock of a European or Japanese import.)

Mr. Miller is streaming a few tracks on his MySpace page, including a pair of 1970s throwbacks, Stevie Wonder’s “Higher Ground” and Tower of Power’s “What Is Hip?”

And we have this Amsterdam show.

To watch the whole thing, follow this link. The concert includes a couple more throwbacks (off earlier albums): the Philly-soul classic “People Make the World Go Around” and John Lennon’s “Come Together” – “like if the Beatles got together with George Clinton,” as Miller says. (Actually it evolves into a New Orleans-style stomp.)

The title track, “Free,” was a hit for Deniece Williams 30 years ago. In Amsterdam, it was sung by special guest Jean Baylor (formerly of Zhané). But on the CD, it’s sung by Corinne Bailey Rae.

To hear a 2½-minute portion of the album version, click here; I'm streaming it on my Vox site.

Marcus Miller offers this partial track among many free downloadable “sound samples” on his official website.
Posted by Undercover Black Man at 10:51 AM