A whiter shade of jazz (or, How conservatives play the race card) 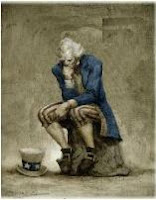 I’m unfamiliar with Thomas Lifson and his conservative group blog, The American Thinker. But as a Harvard Ph.D. in sociology and a former faculty member of the Harvard Business School and Columbia’s Graduate School of International Affairs, Mr. Lifson is certainly much smarter than me.

Still, he was way off base with his post last Saturday, “Jazz Succumbs to Racism.” Here’s a quick backgrounder:

Yoshi’s Jazz Club in Oakland – one of the premiere jazz spots in America – recently released a compilation CD to honor its 10 years at its current location.

There are no black artists on this CD.

There are two Marian McPartland tracks, two from Joe Pass, two from Joey DeFrancesco, two from Poncho Sanchez, and a track apiece from Madeleine Peyroux and Robben Ford.

Yeah… not the mix I would do to showcase the best of American jazz. Or even the best of what’s to be heard at Yoshi’s.

Anyway, some folks complained about the blacklessness of Yoshi’s 10th Anniversary disc.

"What I immediately felt when checking out this CD was disrespect and insult,” wrote radio host Greg Bridges to Bay Area jazz critic Jim Harrington, “for again this majestic music that was created by Black musicians from their own life experiences and ideas is being presented as if there’s not even been a contribution from black musicians…”

Last week, Yoshi’s announced it was pulling the CD off the market so as to overhaul the mix. You’ll find this note on the club’s website: “We at Yoshi’s are profoundly aware of the unfortunate oversight in the omission of African American artists on our first ever CD. We apologize to anyone who feels slighted by this omission…”

“Jazz has now fallen to the level apparently requiring affirmative action,” Lifson blogged on June 2. “The word ‘tragedy’ leaps to mind. We are moving in the opposite direction from a society where everyone is presumed equal and race is an irrelevant criterion. So much for Dr. King’s ‘content of our character’ hopes.”

A tragedy is it?

“Apparently in this day and age, especially in the ‘progressive’ Bay Area, one must always devote time and effort to racial bean-counting and careful allocation of everything on the basis of race,” Lifson went on. “Today, the ‘enlightened’ minds demand a racial consciousness that puts the old apartheid regime of South Africa to shame.”

The man is heartsick over this. “Silly me, silly Yoshi’s. We thought jazz was about music. It turns out that it is about racial grievances,” he wrote. “And I cannot describe how sad I feel about it.”

Ignore the rhetorical tactic of invoking Martin Luther King and apartheid in order to make black people look like hypocrites. The Yoshi’s CD is not about an allocation of resources. Nor is it (to recall the Age of Reagan) about “quotas.” 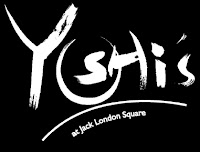 It’s not Buggin’ Out in Sal’s Pizza… How come there ain’t no black people up on the wall?!

Yoshi’s put out a CD in order to promote itself and promote jazz music. You don’t have to be a PC bully to wonder how the hell Yoshi’s could promote jazz while ignoring the artists who constitute so much of the top tier of American jazz. The black ones.

Colorblindness – a term so often misapplied by the right – doesn’t mean we’re supposed to look at this CD and simply not notice the absence of black people. (That would be plain blindness.)

Colorblindness, let us remember, is a metaphor. In the civil rights context, it was always a metaphor. A metaphor for fairness.

Does Mr. Lifson believe that Dr. King was naïve enough to wish for a world in which we’d look at each other and, literally, not be able to distinguish a Negro from a white man from a Mexican from a Chinese... the way the colorblind can’t tell pink from blue?

Dr. King didn’t devote his life to blissed-out utopian fantasizing. He laid his life down to bring about a society where black people – and all people – would be treated fairly. With race and color prejudice being the primary impediments to fair treatment in the ’50s and ’60, “colorblind society” was a useful metaphor. But fairness was always the goal.

Now, what do notions of fairness have to do with a jazz CD?

I have a feeling some white jazz fans would not’ve been “colorblind” if the Yoshi’s CD had featured nothing but black musicians. Hey! What about Joe Pass? I can imagine them thinking. Some might’ve even blogged about such blatant igging of white jazz artists.

Back to Lifson. Bizarrely, he injects the meritocratic argument into this thing, proclaiming that Yoshi’s has “been ‘shamed’ by its failure to judge the worth of jazz musicians on the color of their skin, instead of the content of their artistry.”

What’s silly about that is – as the San Francisco Chronicle explained it – the tracks chosen for the 10th Anniversary disc had little to do with “the content of their artistry.”

The club decided only last March to release a CD. It had to move quickly. Various record companies own master recordings of live performances at Yoshi’s. For the sake of “expediency” – and cheapness – it cut a deal with only one: Concord. 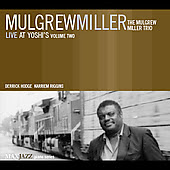 But some of the great “Live at Yoshi’s” recordings – such as the two by Mulgrew Miller and one by Dee Dee Bridgewater – are on other labels. Which will now mean “more elaborate negotiations for rights and licensing fees,” Lifson writes.

Now, I’m not the type who would’ve raised a stink about the original 10th Anniversary disc. There are more important things to get worked up about. And Yoshi’s only produced 1,000 copies of the doggone thing (for sale through its website). Truly this is a tempest in a trumpet mute.

But if some black folks went overboard in their objections, how about Lifson with his counter-objections? He actually wrote:

“Are we going to hear cries that the CDs must be destroyed? … Should they be treated the way Hitler treated books by Jews, and burned in a public bonfire?”

Like I said, I’m unfamiliar with Lifson’s writing. Maybe this is his brand of irony. But dang, did he have to go and drop the H-bomb?

Can’t we all just get a long-playing record of MJQ (or Brubeck… whatever) and chill?

(Surprise! I’m sneaking another contest in on y’all. I really want to give away a copy of RJ Smith’s jazz book. The following track was recorded live at Yoshi’s. The first person to put the pianist’s name in the comments section will win the prize. Just click here and go for it!)

UPDATE (06/05/07): Contest over, just that quick. Dougfp guessed correctly; it’s Jessica Williams. Who is white. Not that I ever really noticed it before...
Posted by Undercover Black Man at 5:23 PM

Just because you're the sort of sneaky mother who'd not only pick a white musician, but a woman as well, I'll guess...Jessica Williams?

It has a slight Peanuts feel to it...David Benoit?

Godwin's Law (also known as Godwin's Rule of Nazi Analogies[1]) is an adage that Mike Godwin formulated in 1990. The law states:

As an online discussion grows longer, the probability of a comparison involving Nazis or Hitler approaches one.[2]

Damn, even well educated wingnuts are not above organizing a internet cross burning.

It's much more shameful to point out acts of casual racism than to actually commit them.

You're even sneakier than I thought. Not only is Williams white and a female...she's from Baltimore!

Oh, and if it's any consolation, I was completely unfamiliar with Wolfgang Puschnig. I half think you made the name up.

Thanks UBM, apart from the peculiar arguments that seem to put topic on their head, this is a rather stange story indeed.

They had the "creme de la creme" of Jazz musicians playing in their place and for whatever reason - organisational laziness seems a bit hard to believe - shrugged them off????

And thanks, sj, Godwin's law is something that is enormously valuable for me in matters I have to study more closely in the near future.

I wish The American Thinker hadn't pulled my attention in another context, I'll have to go back and check.

In my last note a plural "s" is missing.

And yes, *sniper*, what you write is true. We are all moving in halls of mirrors. But this revelation seems to be only a first step, I think.

Great post! I happened on your site quite by accident, and I am glad I did.

Thanks for the vibe, Field Negro. I like what's happening on your blog as well.

Welllllll... Strictly speaking, a list of the greatest American jazz musicians would have to exclude Oscar Peterson.

What with him being Canadian and all.

(See, we're not all Anne Murray and Gordon Lightfoot.)