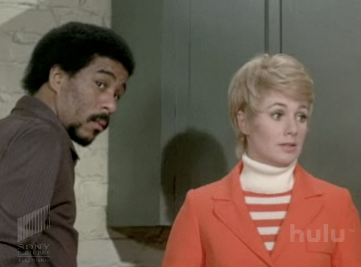 I got turned on to the possibilities by Desmond Burton’s blog, Afronerd. Dburt embedded a complete episode of “Family Guy” a while back. The Hulu library contains long-ago shows such as “Miami Vice,” “Barney Miller,” “Lou Grant” and “Picket Fences.”

This may be the future of television. (Which is why the Writers Guild went on strike, if you’ll recall. Those streaming episodes contain commercials. Which means money for the studios.)

So... I’m streaming a 1971 episode of “The Partridge Family.” Scroll down to the bottom of this page, and you can watch it. Thankfully, the commercial interruptions are brief.

This isn’t just any old “Partridge Family” episode. It’s the one with Richard Pryor and Lou Gossett! The Partridges arrive in a Detroit ghetto by mistake, and end up helping two cool brothers save their nightclub from a local loan shark.

I remember this episode vividly from my childhood. I always thought there was nothing black about the song that the family plays – “Bandala” – even though Keith Partridge calls it “sort of an Afro thing.”

I was wrong. The lyrics were written by Eddie Singleton, a ’60s R&B songwriter who married Berry Gordy’s ex-wife, Raynoma. Just found out that Eddie Singleton passed away earlier this year.

Anyhow... that “Partridge Family” episode is a trip. You will enjoy it. 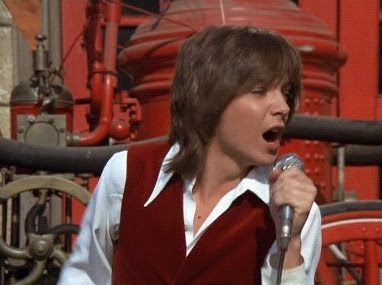 Some genius decided that once he became a member he would create a site and embed all the videos and make money off of it. The site is called OpenHulu.com. I don't know if it has ALL the videos on Hulu, but it has a lot of em. Have been using that for a while.

And not for viewing by us forgeigners!
Damn international licencing issues.

Talk about a blast from the past! I loved the Partridge Family when I was a little girl. Good thing I remember the episode, because I too was blocked from viewing. Like such a huge demand from Switzerland is going to throw off their revenue formula. Drats!

^ GenevaGirl and DJ: That's a drag about the U.S.-only thing. I hope they work something out.

Was that a "very special" episode? :P

^ It was "very special" 'cause you never saw black people on white sitcoms!

I hope Rich tagged some of that!