Gov. Romney’s compassion for the Negro 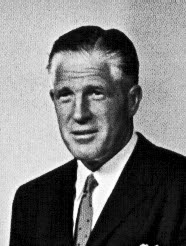 In 1967, while preparing to seek the Republican nomination for the presidency, Gov. Romney addressed a conference of Mormons in Alaska. (Seriously.)

Considered a “liberal Republican,” George Romney – along with his wife, Lenore – “spoke with compassion of the plight of Negro slum dwellers,” wrote David Broder in the Washington Post (February 20, 1967).

“Mrs. Romney, who quoted the Rev. Dr. Martin Luther King, said [America] will be judged not by its achievements in space or weaponry but its ability to prove that ‘we can live in brotherhood.’ ”

And then Gov. Romney told the Alaskan Mormons this: “[Y]ou have no idea what conditions are in the ghettos of the East. You have no idea what it means for a child to reach the first grade with a vocabulary of 20 words. Racial discrimination is our gravest social injustice.”

A 2-year-old child with Down syndrome has more than a 20-word vocabulary. (True. I looked it up on the Internet.)

So what the hell was George Romney talking about? Or maybe his “magic underwear” was riding up?

I wonder what kind of conversations about race young Mitt heard around the family dinner table?
Posted by Undercover Black Man at 7:28 AM

He was a hell of a lot better than Dick Nixon.

(We need a president with special draws.)

(We need a president with special draws.)

You're making a case for Hillary now. ;^D

Do you have my e-mail addy?

Once again your argument is vague. Not clear what exactly your position is on Romney and black people.

Once again your argument is vague.

Who said I was presenting an argument? Just sharing a historical tidbit.

Render: I don't believe I have your email address. You can hit me at the address on my profile page.

Is it just me or are old school white people who say things like things playing themselves by CLEARLY revealing that they got some black in their family?

Its like the 'straight' guy who constantly says anti-gay stuff. Let's learn from old Strom.

I actually have a son with Down Syndrome who is 2 and although he doesn't have a 20 word vocabulary (which could also be related to his mild/moderate hearing loss), he does understand 50 signs (ASL - sign language)