Are you hip to Lalo Alcaraz? 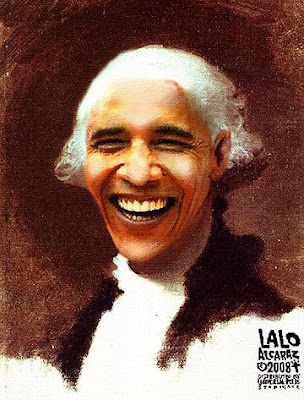 Cartoonist and satirist Lalo Alcaraz is like the Chicano Aaron McGruder. (Do people still say “Chicano”? I mean, people under 50?)

His syndicated comic strip, La Cucaracha, is the sharpest thing to hit the funny pages since The Boondocks. (After seeing Lalo’s strip today, I think he knows this.)

And guess what? Just like The Boondocks did, La Cucaracha occasionally kicks up some drama.

^My pleasure. It's one of the few areas I can get over on ya ;^D