Following up on my “White singers, black songs” list from two weeks ago, here is the flip side. (Click the song titles to hear these tracks on my Vox audio stash.) 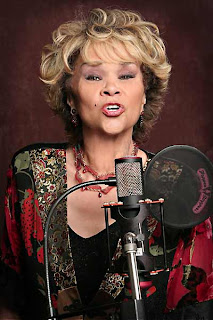 Mick Jagger and Keith Richards started out worshipping black music, so it only makes sense for black artists to cover them. Except it doesn’t happen much.

Etta James slows down the groove of this Rolling Stones smash to make it her own.

From her 2000 CD “Matriarch of the Blues.” Downloadable from iTunes.

Hoyt Axton wrote it; Three Dog Night scored big with it; Ike and Tina put their funky drawers in it, stirred it around, and made it right nasty.

From the compilation CD “Absolutely the Best.” Downloadable from iTunes and eMusic.

I dug this track so much, I wrote it into an episode of “ER,” booming out of Dr. Weaver’s home stereo. (Here’s that scene.)

Written by June Carter and Merle Kilgore, “Ring of Fire” became the biggest single of Johnny Cash’s career. Here, it’s chopped and channeled by one of the best studio bands of all times.

From the double-CD “Private Life – The Compass Point Sessions.” Downloadable from iTunes.

You might not know this Fleetwood Mac hit from the title, but you’re bound to recognize the melody, written by Stevie Nicks. Black Shakespeare is an L.A. reggae band, and this track is smooth and tasty as hell.

Available on the Ubiquity label’s “Rewind! 5” compilation. Downloadable from iTunes and eMusic.

Laura Nyro wrote it; Blood, Sweat & Tears scored big with it; Bernice Johnson Reagon and the rest of these bad sisters took it to a whole new place. 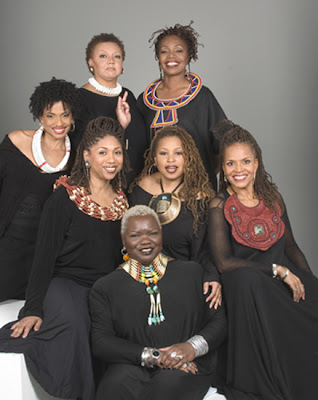 Posted by Undercover Black Man at 2:09 AM

I'm gonna have to mosey on over to iTunes for that "Dreams" cover later! :-D

Some time ago I came across "The Persuasions Sing U2." (It's still on my wishlist.) They cover The Beatles as well.

Speaking of the Fab Four, there's Aretha Franklin's cover of "Eleanor Rigby." And Earth Wind & Fire's version of "Got to Get You into My Life." When it first came out, I remember being in the school library and overhearing these Beatles fans trash the RnB version.

Oh! And I really like Sarah Vaugh's version of Henry Mancini's "Peter Gunn."

You're going "Never Been to Spain" over Ika & Tina's "Proud Mary" cover? Just to avoid the obvious choice, or is the former (which I've never heard) really that good?

Regarding black artists covering the Stones...there's a CD called "All Blues'd Up" that has artists like Gatemouth Brown, Junior Wells, and Joe Louis Walker covering their songs. It's actually a series of CDs that also includes blues artists (mostly black) covering the songs of Dylan, Clapton, and Janis Joplin.

I have never liked that song "When I Die" - it was um, overwrought as performed by BS&T.

Sweet Honey in the Rock do it exactly perfect! And now I'm going to have to pull out those CDs and listen to them again. I forgot how much I love these ladies.

UBM, thanks for another great conversation-starter.

This is sort of off-topic -- except as music being a bridge between black and white cultures -- but did you happen to see the PBS special on Stax Records last week? I always loved the label's music but didn't know a lot of the background. Pretty interesting.

Jena6: The Persuasions cover of "Ballad of John and Yoko" is high on my list of all-time favorite Beatles covers.

Aretha's "Eleanor Rigby," though, is not. One of these days I'll get around to posting a Beatles-covers playlist.

Alan: Just to avoid the obvious choice, or is the former (which I've never heard) really that good?

Never heard it, huh? Well, you could click on the song title and do so... because I've uploaded an MP3. I thought you knew how I be rollin' with these Playlists! ;^D

But seriously, glad you pointed that out. I've added that further instruction on the main post, for those who may be new to this blog or who just forgot.

And as you surmise, this list isn't about the best five... but five which folks might never've heard of.

I love Grace Jones's "La Vie En Rose" I thought it was beautiful, exotic, and original. Wasn't "We Can Work It Out" a cover for Stevie Wonder of the Beatles song?

Since the Beatles and The Rolling Stones have both been mentioned, I thought I would give a shout-out for Otis Redding, who covered "Day Tripper" and "Satisfaction." "Day Tripper" is OK, but "Satisfaction" gets the real Otis Redding treatment. While they may not be the best covers of those songs, any song that features the playing of Booker T. & The MG's can't be all that bad.

- Jimi Hendrix "All Along the Watchtower"

- Living Colour "There's A Party In My Mind"

I would nominate Nina Simone's cover of Dylan's "Just Like Tom Thumb Blues". Or her version of Randy Newman's "I Think It's Going to Rain Today"...or, well any white song Nina Simone covered.

^ You're a Randy Newman fan for real, aren't you? I remember you turning me on to "Rednecks." I need to dig deeper into Randy Newman's catalogue.

DeAngelo: That Crusaders' "Eleanor Rigby" was new to me. Thanks for pointing to it!

If you don't know "God's Song" you have to hear it. Newman's version is good, very wry in his usual manner, but Etta's? THAT'S God speaking!