MBP of the Week: Edmonton Sun 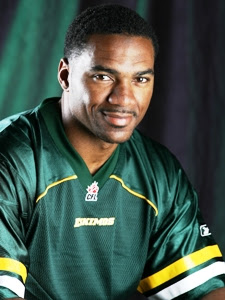 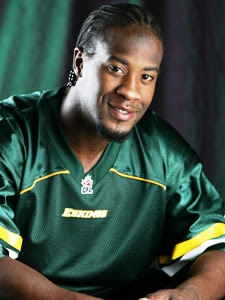 Here I thought Canada was a multiculti paradise. Turns out they’ve got Misidentified Black People in newspapers up there too!

Would it shock you to learn that the Canadian Football League was somehow involved in this latest MBP?

The following correction ran in the Edmonton Sun last week:

“A photo in yesterday’s Sun ran with the incorrect information. Instead of it being a photo of [Edmonton] Eskimo Shannon Garrett, the photo was of Ricky Williams. Unfortunately, the file photo was misidentified in our system. The Sun apologizes for the error.”

Hat-tip to Craig Silverman at Regret the Error.

FYI, the top photo is Mr. Garrett (a 13-year veteran), the bottom photo is Mr. Williams (a rookie).
Posted by Undercover Black Man at 8:45 PM