Carson and Carlin on ‘dirty’ jokes 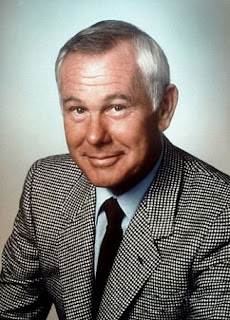 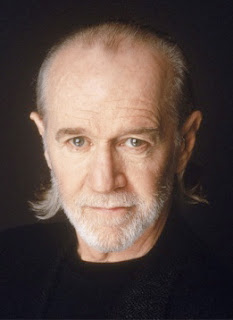 I’ve been on an audio-uploading kick lately. But don’t worry. Once I settle back into my regular groove – after the private and public tumult of recent weeks and days – I’ll return to one of the primary purposes of this blog: posting Q&A interviews with some very interesting people.

Yes, I’ll finally put up the rest of my 1986 Oprah interview. Coming soon will be my 1989 conversation with rapper Ice Cube. Also in the pipeline: actors Laurence Fishburne, Edward James Olmos and Avery Brooks.

But first: I’ve been a fan and a student of standup comedy for 30 years. Recently I stumbled across a couple of CDs containing interviews about the art of comedy: “George Carlin on Comedy” and “Johnny Carson on Comedy.” (Both CDs are also available on a wonderful website called Laugh.com. They’re also downloadable track-by-track through eMusic and iTunes.)

It is sheer joy to hear two brilliant joke-tellers go into the mechanics – and even the ethics – of making people laugh. I’ve uploaded a 3½-minute snippet from Johnny Carson and a same-sized one from George Carlin, both probing the subject of “dirty” material. Needless to say, their points of view diverge.

The Carson interview, recorded in 1966, provides a peephole into a different America, a different show business, with Carson pointing out that “the word ‘pregnant’ may offend some people… the word ‘naked.’ ”

Carlin’s interview, from the early ’80s, reflects the modern reality of dirty words: “[A] large percentage of people in this society use those words the same way in private life – to make an emphatic point.”

Carlin also comments on Bill Cosby’s chiding of the young Eddie Murphy over Murphy’s foul-mouthed routines. (Carson, on the other hand, will have you revving up the ol’ search engine to find out who the hell Joe E. Lewis was.)

Great stuff, UBM. I'm not ashamed to say I know the name Joe E. Lewis (thank my folks for that).

I wanted to turn you onto an interview with Gary Shandling today on NPR's "Fresh Air" program, upon the release of his new DVD "Not Just the Best of The Larry Sanders Show," which is among my all-time favorite t.v. shows. It's a wonderfully inciteful discussion about his take on comedy. I haven't heard that many interviews with Shandling but I am a fan and I've not yet heard him talk so frankly.

In keeping with today's post, his stuff about his first appearance on the Tonight Show and how he came to guest host for Johnny is priceless.

You can listen to it here: http://www.npr.org/templates/story/story.php?storyId=10045518

So you *are* saying that Carlin and Carson are members of the Dark Crusaders, right?