The first time I heard about it was on “Siskel & Ebert.” They gave the movie unconditional raves. 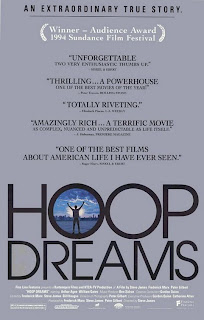 Matter fact, Gene and Roger talked up “Hoop Dreams” before it had a distribution deal. Even before it screened at the Sundance Film Festival. Their support launched the three-hour doc to commercial success.

My path crossed in cyberspace with Steve James, the director of “Hoop Dreams,” a few years ago. So I reached out on Facebook to see if Steve had any thoughts to share about Mr. Siskel, Mr. Ebert and “Hoop Dreams.”

Turns out the publicity firm representing “Hoop Dreams” had a working relationship with Siskel & Ebert. “They talked Gene into seeing the film because he was a huge basketball fan with Bulls season tickets,” Steve James says.

“And they talked Roger into seeing it by talking about its social relevance and shrewdly asking him to bring along his lovely wife Chaz, who they were certain would respond to the film.”

The publicists set up a special showing. “Of course, being pros, [Gene and Roger] kept their game face on for the entire private screening and left without saying a word,” Steve recalls. 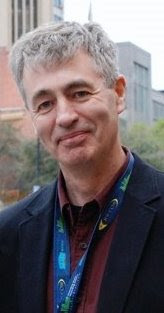 “It was only when the show called to tell us that it would be reviewed that coming week that we knew they must have liked it. We couldn’t have dreamed they would like it so much.

“We hadn’t even left for Sundance ourselves when the review ran on their show urging people to see it at the festival.”

Embedded below is that review... and more.

As Steve James relates, that early review was only the beginning. “They reviewed and promoted it again and again for its theatrical release, and on their Academy Awards show, and their end-of-the-year 10 Best lists.”

That’s what Siskel & Ebert could do when they got behind a picture. God bless ’em.

By the way, the full-length version of “Hoop Dreams” can be viewed right now, for free, on Hulu. Just follow this link.

Posted by Undercover Black Man at 8:39 AM

Its a great film. It deserves all the praise!

I really want to thank you for these posts. Love these cats, even in disagreement. Siskel had me when he lauded Superfly as a guilty pleasure. It's really fun to watch these clips because we've had the privilege of time to compare their critiques. But more so, I love their interaction. When Siskel passed away, the shit became a "Can I kick Roger Ebert's ass" fest which I cannot respect.

Keep 'em coming. If you can find that guilty pleasures joint, that would be real hip.

BTW, I was Gates. Recruited to a football powerhouse. Had to get up at 5a to get to ride the bus to get to school on time. Dealing with a whole new world with privileged cats resenting your presence. Vowing to never use "nigga" again, unless deliberately, because those white cats believed that shit. Never do racial jokes in the presence of white people ever since. My heart really went to both dudes because I've been there. Not a more real story except for When the Levees Broke.

^ I didn't know you was a jock, DeAngelo!

I loved this film! When I saw it the film broke and the audience went ape! We were all into it. We had to wait none too happily for it to get fixed. At least we got free passes for another flick. What a funny memory.