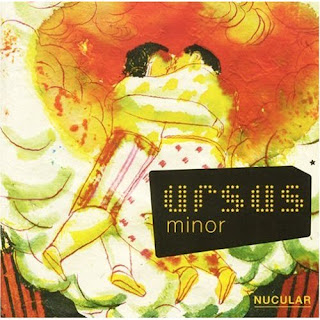 There are a few musicians I’m a “completist” about. If their name is anywhere on the credits, I wanna own that music. Keyboard wizard Bernie Worrell, for example. And bass player Jamaaladeen Tacuma.

I’m that way with guitarist Jef Lee Johnson too. Which is why I recently downloaded a few tracks off a 2007 album by Ursus Minor. I found out Jef was a charter member of that jazz-funk quartet.

Ended up turning myself on to a Minneapolis rapper named Brother Ali. He’s white, he’s an albino, he’s legally blind, he’s a Muslim, and he can rap.

Click here and listen to the Ursus Minor track “Doin’ the Do,” featuring Brother Ali.

The hook is strong, I like Jef Lee Johnson’s chicken-scratch rhythm playing, and I really like how Ali interacts with the musicians. (“Guitar-picka from Phila on some other shit...”)

Just a little random funk to get you ready for the weekend. 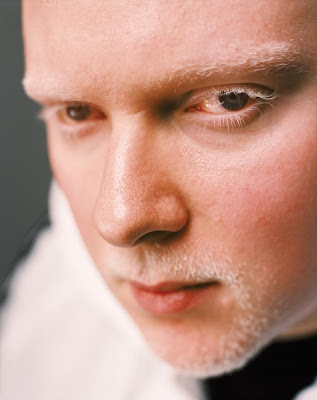 Posted by Undercover Black Man at 10:24 AM

I really dug this--wait, the guy rapping is a white albino? He's awesome. I listened to it before I read all your post. Wait--really?

You got 4 out of 5 there. Brother Ali isn't blind.

^ According to this magazine, Ali is legally blind.

That tends to come with albinism, by the way.

Yeah I've got all Bro Ali's albums, he's mentioned a few times that he's legally blind. UBM you should also check out the group "Atmosphere", they're on the same label as Bro Ali. A few songs I recommend to check out: "The Woman with the Tattooed Hands", "Not Another Day", and my new favorite, "You"(link included).