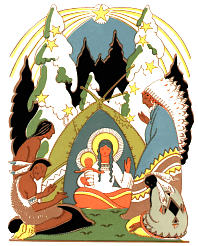 Gather ’round, friends, and hear the story of Canada’s oldest Christmas carol.

The lyrics were written in Wyandot, the language of the Huron Indians, a language now dead except among the scholars who study it.

And yet this 365-year-old hymn is still widely sung in Canada... in French and English.

The song is known by several names: “The Huron Carol,” “Noël Huron,” “’Twas In the Moon of Wintertime,” “Indian Christmas Carol.”

Its original Wyandot title is “Jesous Ahatonhia” (“Jesus, He Is Born”).

You might wonder: “Why would 17th-century Huron Indians sing a song about Jesus? Were they Christians? And what’s this about ‘the lyrics were written’? Did the Hurons have a written language?”

The answer to this riddle rests in the story of Jean de Brébeuf. 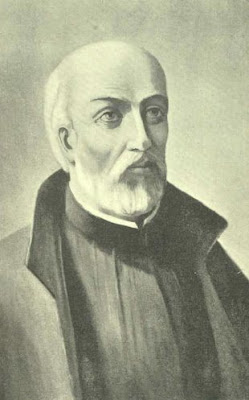 He was a French Jesuit priest who traveled to “New France” (Canada) in 1625 to convert the natives to Christianity. In 1626, Brébeuf went to live amongst the Huron tribes of the Great Lakes region.

He learned to speak their language.

Called back to France in 1629, Brébeuf returned to Huron country five years later with a few associates, determined to continue his missionary work.

Things did not go smoothly. It wasn’t until 1637 that Father Brébeuf made his first convert. But by 1647, thousands of Indians had accepted baptism into the Catholic faith.

Meanwhile, Brébeuf wrote extensively about the culture of the Hurons. It was he who gave the name “lacrosse” to the traditional Amerindian field sport. Brébeuf also developed the Wyandot language into a written form.

And so this gutsy French priest wrote “Jesous Ahatonhia” around 1642 – using his own literation – and taught the song to the Indians.

If you’d like to hear it, click here. Canadian folksinger Alan Mills recorded “The Huron Christmas Carol” in 1960, singing the first verse in Wyandot, repeating it in French, then singing the whole song in English.

POSTSCRIPT: The story ended very badly for Father Brébeuf... and the Huron Indians. Iroquois attackers from the south laid waste to Huron villages in 1649, ultimately displacing the entire Huron nation. Brébeuf and another priest were captured, tortured and killed.

The invading Iroquois possessed an ironic advantage. They’d acquired muskets from the Dutch, who offered them in exchange for furs. France also provided guns to the Hurons for their defense... but the Jesuit priests insisted that only Christian Indians get guns. 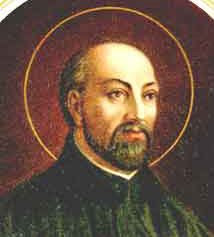 With half of the Hurons Christianized and the other half still “heathen,” the Huron tribes were outgunned by the Iroquois four to one.

The Catholic Church canonized Brébeuf (and other “North American Martyrs”) in 1930. St. Jean de Brébeuf, Apostle to the Hurons, is now the patron saint of Canada.
Posted by Undercover Black Man at 11:14 AM

Another people lost, 12 years to his first convert and now a dead language. Amazing