Dreams from his father

I knew a right-wing reaction was coming. But I clutched my pearls when I read today’s opinion piece by Wesley Pruden, former editor- in-chief of the Washington Times, about President Obama bowing to the Japanese emperor.

Mr. Pruden concluded with perhaps the most racially provocative paragraph written by a legitimate American journalist in the 21st century. To wit:

“It’s no fault of the president that he has no natural instinct or blood impulse for what [America] is about. He was sired by a Kenyan father, born to a mother attracted to men of the Third World and reared... in Hawaii, a paradise far from the American mainstream.”

I worked at the Washington Times during the 1980s. I’ve had a conversation or two with Wes Pruden. I couldn’t believe that graph. He is on some Lawrence Auster shit.

And his words are ricocheting all over the Web. The liberal watchdogs at Media Matters sent out an email alert. The Huffington Post piled on.

Media gossip site Gawker is running a poll on whether Pruden’s piece is more outrageous than some shit Glenn Beck said about Roman Polanski and health-care reform. (Pruden is ahead three-to-one.)

Now, before even 24 hours have passed, the “blood impulse” column is mentioned on Wesley Pruden’s Wikipedia page.

On a biological level, the idea that one’s comprehension of (and respect for) America depends upon the birthplace of one’s father, or to whom one’s mother was sexually attracted... I mean, that’s plain silly.

On a metaphorical level, though, everyone understands what Pruden means by a “blood impulse.” He means that white Americans are the best Americans. The only true Americans. Non-whites can become good Americans maybe... but it’s not “natural” for them, not instinctive.

So then. Pruden wants to bring mamas and daddies into it? Let’s talk about his father... the Rev. Wesley Pruden, Sr. (pictured below).

As the anti-racist Southern Poverty Law Center has pointed out, Pruden the Elder was a staunch segregationist in Little Rock, Arkansas. The New York Times once described him as “a hot-eyed pastor.”

According to the Encyclopedia of Arkansas, Pastor Pruden pumped up the white mobs in front of Central High School in 1957, “verbally encouraging them, according to [journalist Roy] Reed, ‘to fight niggers, communists, and cops!’ ”

Here’s what the New York Times reported when Rev. Pruden’s Broadmoor Baptist Church was kicked out of the Pulaski County Baptist Association in 1959:

“Mr. Pruden is the chaplain and former president of the Capital Citizens Council, which has promoted resistance to the racial integration of Little Rock’s public high schools. He has also directed ‘freedom fund’ collections for the legal defense of persons arrested in segregationist demonstrations.”

So when Wesley Pruden, Jr., talks about having a blood-borne understanding of what America is all about... I am led to wonder about his natural instincts. 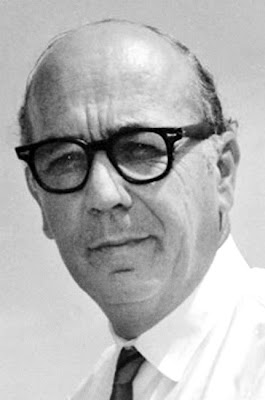 I couldn't say entirely why, but I feel all about sighs.

Hoo-ha -- just under three years before we vote whether to keep or kick Barack, and already here comes Palin pumping her horses--t, Giuliani slamming the administration for putting KSM on trial in NYC, Dobbs planning who-knows-what and this loony Pruden goin' all master race on us.

Good to know you'll swing at what they bring . . .

I should have known better, but I'm deeply shocked that so much of the criticism of the President is so clearly racist. I knew that the right-wing fringe would bring it, basically stomping their feet and shaking their curls that they seem to have lost their iron grip on the body politic.

But I actually thought they'd go after him for being a liberal. I kind of acknowlege their right to do that. After all, we went after Bush hammer and tong when we disagreed. But waaaay too much of it is thinly veiled rage at the "uppity" guy.

"legitimate American journalist"? Uh, not to implicitly knock on your own bona-fides as a another alumnus of the place, but we are talking about the Moon Daily here. Where else has he worked?

^ He worked for Dow Jones for a chunk of years, and the Memphis Commercial-Appeal before that.

Hawaii, a paradise far from the American mainstream.

But close enough to colonize.

Or maybe I haven't looked close enough at the American flag. Is that 50th star smaller than the other 49 stars?

After your toilet paper entry, you've truly redeemed yourself. Good reporting. Thanks.

Obama's American ancestry goes back to the Mayflower. He's a distant relative of Robert E Lee, among other folks.

Obama's probably a blood relative of Pruden too.

I called this one UBM. But I attributed the analysis to the "birthers" not the journalism "establishment."