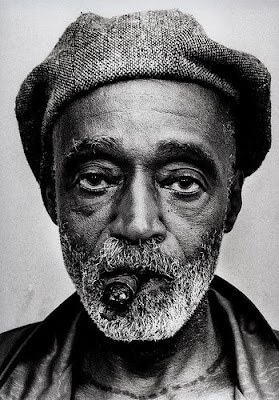 Looks like that movie will come out in limited release on Friday... which also happens to be Mr. Van Peebles’s 77th birthday.

A Village Voice film critic called the movie “a public-access ugly, unintelligible, inconsequential adaptation of his quarter-century-old Broadway show, ‘Waltz of the Stork.’ ”

Be that as it may, Mr. Van Peebles has also released two new songs from “Ex-Doofus-ItchyFooted Mutha.” One of those is available as a FREE MP3.

I am a big SWEETBACK fan. The film is a direct jerk-off into "THE MAN'S" face!

Yes the film is crazy and vulgar, but it is dripping brilliantly with French new wave film influences. Also, the historical context surrounding the film and the way the film singlehandedly launched a new genre of Cinema makes it a Classic.