The Barack Obama of Africa 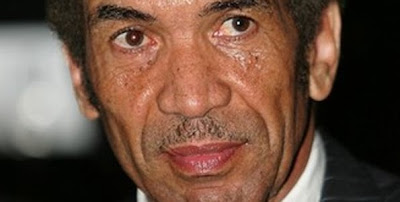 Here’s a neat little irony or coincidence or something. As the world grooves to the United States having a biracial president, Sub-Saharan Africa last year also got a biracial head of state.

Ian Khama, the president of Botswana, was born in the U.K. His father was Sir Seretse Khama, who led his nation to independence. His mother was an Englishwoman named Ruth Williams.

Their marriage – and its impact on the politics of southern Africa – is the subject of a recent book called “Colour Bar: The Triumph of Seretse Khama and His Nation.”

Posted by Undercover Black Man at 8:33 AM

Dave, you're wrong! Jerry Rawlings of Ghana was bi-racial, although I don't know if he was the FIRST African bi-racial president.

thanks for this piece. i have been interested in botswana since i started watching the no 1 ladies detective agency. botswana looks like a lovely country i would like to visit, and i am glad to hear it is politically stable.

Mma Romatswe, the lead character in the #1 Ladies' Detective Agency books, always says good and respectful things about Sir Seretse Khama, so I am automatically well-disposed toward his son.

yes, Botswana is a very Quite and peaceful country. it is endowned with faboulus natural resources such as the Okavango Delta, Lake Ngami and the Kalahari Desert to mention a few.