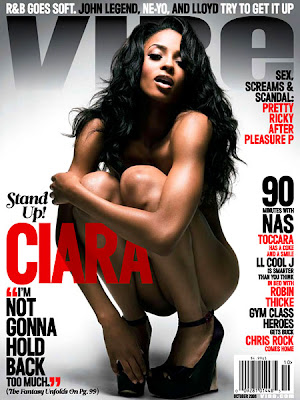 Vibe, the music magazine founded by Quincy Jones and Time Inc., has gone out of business, effective immediately. (The New York Times story is here.) Times are tough for all print media.

I wasn’t a Vibe reader, but I have vivid memories of that magazine’s launch in 1992. Matter fact, I wrote about it for the Washington Post.

The big controversy back then involved the fact that top editor Jonathan Van Meter was white and gay... while Vibe was supposed to be a magazine grounded in the rap culture.

Russell Simmons, who conceived the idea of a “Rolling Stone for the hip-hop generation” along with Quincy, backed away from the project before it launched.

Below is some of my reporting on the birth of Vibe from the summer of ’92.

DAVID MILLS: To tell the story of Vibe is to waltz through the minefield of rap music’s politicized aesthetics. It’s about cultural authenticity. Street credibility. Race and power.

At the center of the story is Vibe’s editor in chief, 29-year-old Jonathan Van Meter, most recently a senior editor at Vogue.

New York Newsday’s pop music writer pointed out last January that Van Meter is “white and openly gay, hardly a combination that will endear him to hip-hop politicos.”

In conversation, Van Meter proves to be more comfortable dealing with the white thing than the gay thing.

“I understand the [racial] sensitivity, and it doesn’t make me angry... because I understand it completely,” he says with a relaxed sincerity, blondish hair combed back off his gentle face.

“My color will probably always be an issue, but what can I do? ... I could trot out my credentials to convince people that, as a white man, I’m qualified to do this. But there’s such a danger – it could sound really awful and really like, ‘some of my best friends are black’ kind of thing.”

For example, Van Meter says he played in his high school band, which was largely black, “so whenever we traveled anywhere, I was always in a bus full of black kids listening to hip-hop, and it just really affected the way I listened to music.”

Of the five top editors Van Meter assembled for the prototype, four are black. “And hiring black people was not something that I felt like I had to do, or nobody ever said I had to,” he says. “It was just a natural extension of who I am to hire a mostly black staff.”

On the gay thing, Van Meter turns chilly. “My staff’s sexuality is really none of my business,” he says. “I’ve heard the rumors, ‘Oh, everybody at [Vibe] is gay,’ which is just absolutely not true. It’s ridiculous. ...

“Will the 200,000 readers in America give a shit about me or what I am? Will they know I’m white or gay? Will they care? They’re going to read the magazine because it’s good or bad.”

But isn’t his gayness as relevant a political/aesthetic issue as his whiteness?

When Quincy Jones, Russell Simmons and Time Warner began talking about a rap magazine, they had their eyes on the Source.

The Source calls itself “the magazine of hip-hop music, culture & politics” and prides itself on its dedication to “hard-core” hip-hop, and is widely respected for that. Even though (and this is going to get complicated) it was founded by two white Harvard students.

Jon Shecter, the 24-year-old editor in chief, says he and Source publisher David Mays turned down the chance to be hired by Time Inc. because they felt the corporation wanted a more “mainstream” product.

Shecter has seen the first issue of Vibe. “To be honest, I don’t think it’s going to have any impact on us at all,” he says. “I think it has a sense of coming from the outside.

“Everyone we have working as an editor at the Source eats and breathes and shits hip-hop every day,” Shecter declares. “That’s all we do.”

Van Meter says: “I don’t need street credibility to be the editor of a magazine. ... What I bring to it is a journalistic perspective. And the Source comes out of a fan’s perspective.”

Regarding Shecter, “who went to Harvard and grew up privileged,” Van Meter says sharply: “I feel that I take more shit for being gay than he does for being a wannabe. ...

“I think I am closer to the aesthetic of rap than he is, because I’m lower-middle-class, big family, grew up on the edge of a black neighborhood, went to a shitty high school, you know. ... I mean, I feel, in some fundamental way, more qualified as a white man – if we’re going to talk about that – than Jon Shecter is.”

(Told you it’d get complicated.)

White guys fighting over who is more qualified for a hip-hop culture magazine?

I smell a reality TV series!

Vibe used to be an amazing magazine. Remember Kevin Powell? I was so excited when it first came out. The writing was brilliant, and articles were thought provoking - then it went to all went to hell.

I am not sorry to see it go.

I might still have the first issue somewhere. I think Treach was on the cover, lookin' all hot.

He should do more writing and less running for Congress.

^ Are you speaking ill of my Kevin?

@bklyn6: He was hot wasn't he? I plastered that cover on the door of my dorm room.

@UBM: Okay. For a second I thought might I have to launch into a defense of Kevin all the way back to his "The Real World" days.
And I really didn't want to go there...

There was an essay collection out in the 90's from young black writers that I really enjoyed. Can't recall the name, but I think he was the co-editor.

Sad to say, VIBE has been a whole lot of nothing for a long time. I guess the key staff folks are going to run the hip hop tabloid they are going to launch. Interesting to see if that works.

For a second I thought might I have to launch into a defense of Kevin all the way back to his "The Real World" days.

I love that whenever anyone says anything about rap, it turns into a who's more ghetto contest.

@KST: Yeah, he almost makes me wanna be down with OPP.

20 QUESTIONS was the only feature worth keeping. And that will fit into the new tab's format just fine.

So there's no hope for a magazine about/for smart black people. And no, Essence doesn't count.

No. He was the young angry black man that they wanted him to be. He was keepin' it real!!! : )

VIBE and The Source were having a "Who Sucks Harder" competition and they both won. I gave them both up for dead years ago. VIBE just finally had the sense to stop fakin' it and fall down.

Vibe had a spark by running work by some of the more interesting photogrphers in the last decade. By accident or choice, Vibe ran photo-narratives during a time when even Time/Newsweek abandoned the form.

Where IS the smart book? A magazine that remembers Essence, jolts Jet, dumbfounds jackass Roots.com, and brings back Africana.com? I know the writers are there, and I know the audience is waiting. Vibe might've survived had it not pandered.

And about Kevin Powell? I'm with David: good writer, but unfortunately his allegiance to politics suits his uh, true, personality.

OH SNAP:
• it could sound really awful and really like, ‘some of my best friends are black’ kind of thing.”*


Never read VIBE magazine so i can"t speak on it.

there's another hip hop mag with white editors right? why does it matter? whatevs...LOL

@ Obie: Are you saying that "The Root.com" is less than brilliant? If so, are you telling us you don't enjoy Jimi Izrael? He's just so fair and balanced when it comes to women. The site is cool overall IMHO.

I've never met Kevin Powell. He could, in fact, be a complete prick. But, gosh darnit' he's adorable!

Re: Vibe's 20 questions. Always liked that part - then it started to suck. Hard.

I am sure that everyone is saying this about that cover but she's totally workin' the Diana Ross clone thing...

The reason I didn't read Vibe in the first place is somewhat related to Simmons' comments. They had nary an African-American journalist there...at a magazine that makes its money off of African American cultural offshoots.