Mitch Hedberg, from beyond the grave 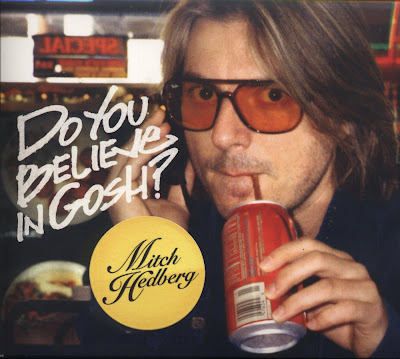 I didn’t get into the standup comedy of Mitch Hedberg until after he died in 2005. Once I did, I bemoaned the fact that he left us with only two CDs.

I’m overjoyed to see that Comedy Central this week put out a new Mitch Hedberg CD – “Do You Believe in Gosh?” – with material recorded two months before he passed. (It’s downloadable from eMusic, Amazon and iTunes.)

This album isn’t nearly as good as “Mitch All Together,” which is a masterpiece. But I’ll stream some of it for you anyway.

I remember that guy! He was funny. Didn't even realize he had died. Shame.

I think he's hilarious. Mitch seemed like the kind of guy you just wanted to hug. I don't think I'd want to hug David Cross or Chris Rock.

Thanks for this. I didn't know there was a new Mitch Hedberg album coming out.

I too discovered him shortly after his death. He is definitely weird, original and hilarious.