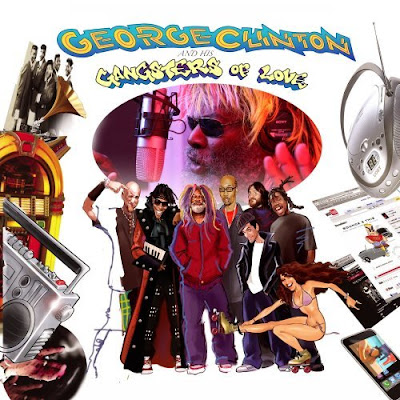 ... is due out next month from Shanachie Records. It’s called “George Clinton and His Gangsters of Love.” It is a covers album.

For half my life, news of this sort would’ve thrilled me like Christmas Eve. But let’s be real: George Clinton’s voice is shot to hell. So an album focused on his singing is not something to look forward to.

Doubt me? Have you heard George’s croaking rendition of “Love Won’t Let Me Wait,” the old Major Harris classic? It appeared on the 2006 double-CD “A Soulful Tale of Two Cities,” credited to Masters of Funk, Soul and Blues (MFSB).

Click here to stream it on my Vox blog.

G. Clinton is an American original, a genius of a producer, a showman/shaman deserving of lifelong respect. (And he useta could sing.) But this new album... I don’t think so. 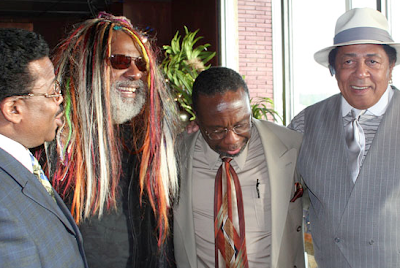 I didn't know his voice was shot. What a shame :(

But I still have "Paint the White House Black" to listen to!

Maybe they'll run his voice through a synthesizer like Cher's Believe. With all that talent on the roster, I'd hope that the producer(s) would do something to boost up his voice.

^ Not that "Never Gonna Give You Up," dude. The Barry White song.

Sigh. I'm with you AGAIN UBM. I LOVE George. Seen him in concert more times than I can remember. Never tire of the classics, which I still have on vinyl. Have a treasured autograph, etc., etc., but the voice is GONE. He was a good singer at one time, better than he let on, but a new album focusing on his singing??? What are they thinking.

What are they thinking.

Pro Tools my ass, his pipes are gone, ...but I'd still buy that shite anyway cause he's the man.

...but I'd still buy that shite anyway cause he's the man.

I'll probably download the Sly Stone track and call it a day.

But I know how you feel, fishesalot.

I haven't heard the lp but my friend has a bootleg copy and said the vocals were in his own words..."On the money!" Said the new cd is different and he liked it.

Yeah funk mans CD is out on torrent sites already. Already downloaded it, but still gonna buy the cd for my collection of coarse. You have to hear it for yourself. The vocals sound damn good. That is all I am gonna say.

Check out the samples on Clinton's My Space. http://www.myspace.com/gclinton

He actually pulls it off. He is in rare form. Pledge My Love is off the chain.