I like weirdness. Even when it comes to music. Matter fact, I want to build up my collection of weird black music.

Perhaps y’all can help me. I welcome any recommendations of the most eccentric, off-the-wallest, out-to-lunchest black music you know about.

For examples... click the song titles below to stream these tracks on my Vox blog: 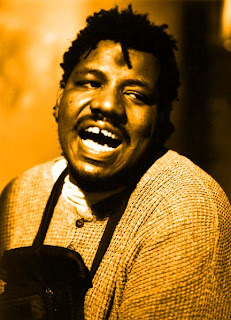 The late Wesley Willis was a bona fide schizophrenic; he talked about hearing “demon voices” in his head. He was homeless.

Yet Willis became a cult figure in Chicago’s rock-’n’-roll underground... and beyond.

In 1996, he appeared on “The Howard Stern Show” and “MTV News.” His fans included Rick Rubin and Jello Biafra.

“I Whipped Batman’s Ass” gives a sense of Wesley’s songwriting style. I promise, you have never heard anything quite like it.

Wesley Willis died from complications of leukemia in 2003. MTV.com posted an obituary. 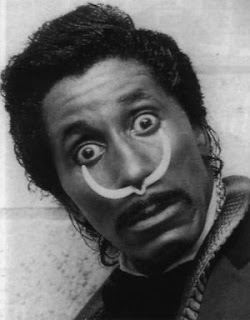 More than any other black singer, Jalacy Hawkins made weirdness pay. His 1956 single “I Put a Spell On You” – supposedly recorded while drunk – is an American classic.

And it was the legendary rock deejay Alan Freed who suggested that Hawkins spice up his act by climbing out of a coffin onstage.

“Feast of the Mau-Mau” might be offensive by the standards of modern race consciousness. But it is an impressive piece of eccentric blackness.

Albert Ayler was an influential free-jazz saxophonist. But it’s his singing on this track – from the 1969 album “Music Is the Healing Force of the Universe” – that blows my mind. I think it’ll blow yours too.

Malinda Jackson Parker (pictured below) actually served in the Congress... of Liberia. But she is known today, among fans of “outsider music,” for her 1971 album “Tubman Goodtype Songs of Liberia.”

For this track, Parker wrote bizarre lyrics for Rachmaninoff’s famous “Prelude in C-sharp Minor.” Even weirder than the lyrics is her spoken introduction, in which she mispronounces the name “Rachmaninoff” three different ways.

She also gets the facts wrong concerning Rachmaninoff’s life. For one thing, the Russian composer didn’t live “centuries” ago, and he didn’t die in poverty. He died in 1943 in Beverly Hills. But hey... it’s the thought that counts.

One more from Mr. Willis... in case you thought I was making it all up. 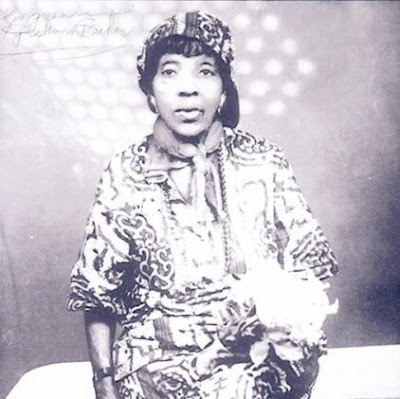 As far as suggestions go, Sun Ra has got to be the king of weird.

^ Sonny's definitely out there, Bay Rad. But I'm looking for stuff that makes him seem normal.

Mingus may be an institution now, but Let my Children Hear Music is some freaky shit.

Qadree: Ahhhh yeah... that’s what I’m talking about! Thanks, mayne!

Ahh Wesley Willis.
I still recall seeing his CD (Fabian Road Warrior) at a listening booth in a local record store in the mid-90s and checking it out on a lark.

Wow.
You don't forget that.

OK well, he's no Wesley Willis but Thoth is pretty wacky. I haven't seen the documentary about him but here's an article.

^ Fabulous, Bay Radical! I must hear him.

"He sings in a language he himself created, the language of the Festad, a mythical people..." (per Wiki).

Oh wow! I'm keeping an eye on the comments section.

I dont know how weird they are (except for there lead singers) but I'll give you three of my favorites.

-Then there is Gordon Thomas - Brown Baby

-and of course The Master Musicians of Jajouka

- of course I was also reminde of Kool Keith's 1996 album Dr. Octagonecologyst

and lets not forget Horrorcore rap

You guys are coming through for me, big time! Brian, thank you for pointing me to Gordon Thomas.

Click here to hear “Peace Peace.” It’s free to download at his website, as well as “Brown Baby.” (I prefer “Peace Peace” because it really shows off his sophistication as a lyricist.)

This guy has some strange stuff on his site: www.shooby.com/

To this day, I think that Dennis Miller's only redeeming quality was that he had Screaming Jay Hawkins as his music director on his late night talk show.

My ex GF did Fishbone's cover art during the CBS years. She said they were way cool, and not that weird. Compared to me, she meant.

And Wesley Willis reminded me a lot of a bigger than bigger than life Rashaan Roland Kirk.

Rock over London. Rock on Chicago.

Do you know Bunker Hill?

He was a dropout from the Mighty Clouds of Joy, but in the early 1960s he cut a few dirty R&B singles made Little Richard sound like Pat Boone.

"The Girl Can't Dance" is two minutes of screaming the title, but his masterpiece was "Hide and Go Seek (Part 1)" -- I don't know if there was ever a Part 2.

It got banned from a lot of stations because it just sounded dirty, even though most of it was incomprehensible. "If you want to hear it, you better holler Billy Goat!" he screamed. Over and over and OVER again.

And if you haven't tracked down the weirdest attempt at creating a gimmick dance, Marsha Gee's "Peanut Duck"...well, get to hunting.

I like stuff with some weirdness but still with some swing to it, like Tiombe Lockhart "Yellow Spaceships.."

In keeping with the headlessness theme that one Eugene Mcdaniels album is dope..

If you'll pardon the nepotism, my stepdad hangs in the modern jazz scene with lots of weird stuff going on: http://www.allaboutjazz.com/php/article.php?id=15621

He put out records on the Strata East label back in the day, always a good source for weirdness with swing.

On the hip-hop side you've got all the Frestyle Fellowship/Project Blowed affiliates like Aceyalone and Busdriver..

Hmm. Sun Dula Amen has a fun jazz/hip-hop track cut called, "Human". Some of Phil Ranelin's stuff before Vibes from the Tribe goes there a bit.

Every now and then it comes up when I have my iTunes on shuffle, and hearing his version of "The Little Drummer Boy" puts the weird back in the holidays.