Let’s play Negro, Not a Negro! 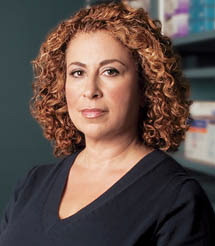 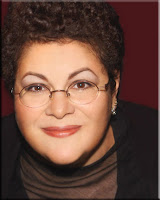 Remember that great Tom Hanks “SNL” sketch from the late ’80s, “Jew, Not a Jew”? Ever since I found out that Wentworth Miller, the lead actor in “Prison Break,” has black ancestry, I’ve wanted to play a variation of that game here. (And let’s not forget Vin Diesel, the man who put the “biguous” in racially ambiguous.)

So... presented for your consideration are four celebrities. Which ones have Negro blood? Which ones don’t?

This is not a contest; there are no prizes involved, so please don’t look up the answers on Wikipedia. This is about what you know, what you think you know, and what your lying eyes may or may not tell you.

Ready then? Let’s play Negro, Not a Negro. 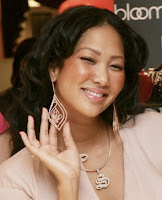 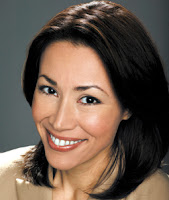 1. Negro. I’ve always been a fan of Roma Maffia’s acting. I was fortunate enough to find myself sharing a meal with her eight years ago in a group that included novelist Walter Mosley (who is half white) and the famously biracial Jennifer Beals. (That’s a lotta mulattoes!)

Presuming she was white, I asked Ms. Maffia if she’d even been cast as a black woman. She could definitely pull it off, I said.

She responded that she is part black. She might’ve even used the word “quadroon” or “octoroon”... and if so, I can’t recall whether it was playful or what.

It really blew my mind that, though she readily acknowledges her black ancestry, she had never played a black role. She gets cast as Italian, Jewish, Latina... but I guess it would be too deep for Hollywood to have her portray a character from a family like mine.

2. Not a Negro. As was discussed in the comments section, Phoebe Snow has often been mistaken for black, especially by her many black fans. But she’s Jewish.

4. Not a Negro. Ann Curry has a Japanese mother and a white father.

Finally, here’s a bonus one: Nicole Scherzinger (photo below) – lead singer of the Pussycat Dolls. I know you’ve wondered. So what do you think? Negro? Or Not a Negro? 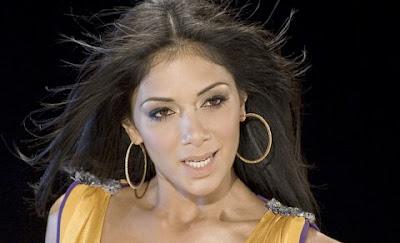 Love your blog, was told by a friend here in Barbados... Now, your game? I only know Phoebe Snow for sure, beautiful voice! Anything new from her or Patti Austin?

Is airbourne saying she is a negro? Cause I know with absolute certainty that she is definitely not (but she sure sounds it). Sorry

Wow, really? My Bad, thought so for years, my light-skinned mixed face is blushing now, LOL! Thanx 4 the heads-up, whoo!

I've always wondered about Phoebe Snow (and I still don't know what she is). And good call on Ann Curry! For the longest time I knew she wasn't quite White, but I wasn't sure what she was--though I thought she might be Black. But now I know she is half Asian (Japanese, I think).

I wouldn't be surprised if I learned that Chloe Sevigny or Elizabeth Berkley had one drop.

Back to the game.... Kimora's definitely got a coupla drops in her, well, make that a pint. As for Roma Maffia, I don't know. Her name sounds Italian and Italy's not that far from Africa on the map, knowhutumsayin'? But just looking at her, I wouldn't be surprised if she had Black roots.

-Kimora is definitely half-black (reminds me of Sonja Sohn from The Wire).

kimora definitely is. she's from stl and she kind of stood out like a sore thumb. i digress. hhmm...everybody else is a head scratcher. i love phoebe snow so that clouds my vision.
summing it up: kimora -- yes, phoebe -- maybe and everyone else no.

AirBourne, welcome. As you'll see elsewhere, I tip my hat to you for turning me on to that "face recognition" software...

As for Phoebe Snow, she had a new CD out in 2003... "Natural Wonder." The only track I've heard is the old Holland-Dozier-Holland song "Baby, I Need Your Loving." It's great.

justjudith: You knew Kimora (or knew of her) back in the day??

I never knew what the deal was with her, racially. She can look real different from picture to picture.

Invisible Woman: AirBourne's not the only one who was "sure" about Phoebe Snow. I went to some lunchtime function about 10 years ago, and the entertainment was a woman singing along to tracks, and her theme was something like "A Salute to Black Women"... and Phoebe was in her mix.

I'll guess no on all 4. Partly because I think it might be a "trick" question.

Kimora Lee Simmons and Ann Curry -- just not seeing it


But none would surprise me if I was wrong.

I'm with "SJ." Maffia may be partly Latin, since I think she grew up in East Harlem where Italian and Puerto Rican blocks alternated.

Never heard of the other woman but she reminds me of the racially-mixed folk from places like Belize and the Caribbean that I've met, so I say "yes."

1. Not a Negro. This one stumped me. She looks so much like Denise Nicholas (remember her?) so my first assumption was that Maffia is black. But, that's seems too obvious, to me, anyway...so, at the risk of a self-fakeout, I'll peg her as not black.

2.Not a Negro. I remember hearing her say in an interview that she is mistakenly thought to be black. I think she's white Jewish.

4. Not a Negro. She's part Asian (Japanense I think) and part white.

I saw the name "Lili Taylor" but the image of Liv Tyler popped into my head. D'oh!

What about Jolene Blalock (Star Trek: Enterprise)? I also used to think that Jeri Ryan (Star Trek: Voyager) could be part "negro".

Carol Channing had me fooled for a long time.

A couple years ago at a Hawks/Celtics game, the family in the row behind me played this game for most of the second half regarding Brian Scalabrine and Delonte West.

This is a tough quiz. All that's needed is Keith Jarrett and my head will explode.

Great Blog! Thanks, Angry Black Bitch for the tip.

Bret: I wasn't familiar with those Celtics. But based on the photos (not to mention the names), I'd guess:

Scalabrine: Not a Negro.

Kimora's father is black-I've seen many pictures of him. The only reason I know about Phoebe Snow is cause I read an interview with her years ago. She said many black people assumed she was black as well, and she wasn't, but took it as a compliment.

UBM, you're 100% correct, which is exactly 100 percentage points higher than the folks in the arena scored.

I'm positive they weren't basketball fans as Scalabrine has a (not undeserved) reputation as a blue-collar/scrappy/whatever other high-effort, low-skill adjective is almost exclusively used to describe white players.

Invisible: That blew my mind too about Carol Channing when I learned it last year. Apparently in her 2002 memoirs, she said her dad was biracial.

“When she left home to attend Bennington College in Vermont, her mother informed her that her father, a journalist who she had believed was born in Rhode Island, was of German American and African American descent, born in Augusta, Georgia, saying that the only reason she was telling her was so she wouldn't be surprised ‘if she had a black baby.’ ”

But whoever wrote the Wikipedia entry says this all might just be a “tall tale” on Channing’s part.

#3 for sure, she's from my hometown, Denver, I believe.

I'll go out on a limb and say #4 just because that's so unlikely an answer.

I definitely dated one of Roma Maffia's relatives, and she was mixed.

Now Dave if we got booty shots, it'd be a lot easier to answer this quiz.

Btw UBM, here's a rare combination: someone of Pakistani and African-American heritage.

david, i shoulda checked back sooner! to answer you, yes -- i knew who kimora was. we had friends in common but we weren't tight or anything. i think we were both at a friend's graduation party right around the time her career was taking off. stl is not known for its racial diversity so she and her brother were quite recognizable. people say what they want about her, but she's my homegirl and i'm proud of her.

Answer to bonus question--not a Negro. Her father is Filipino, her mother Hawaiian and Russian.

Good call on Nicole Scherzinger. I've heard everything BUT "negro". She does remind me of Vanity, though.

Back in the day before I learned that Vanity was half black and half white, I remember reading that she was "Amerasian."

I didn't make it in time, but I was right on Roma and Ann, wrong on Phoebe and Kimora.

Jael is a Negro. Her mother is Black, her father German.

And as Jael said, that makes her "blewish".

For the record, I don't wonder anything about Nicole Scherzinger. She is probably about the least interesting person never to cross my mind.

Nicole OBVIOUSLY has black in her! It's sad when someone feels they have to omit that they have black in them because they fear America won't like them. Also, The person who created this whole blog used the word "Mulatto. PLEASE, do not use that term!! That term was given to the offspring of black raped slaves which means MULE!!! A jackass! A donkey!!!Please educate yourself!!!