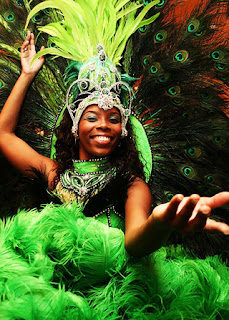 Once upon a time in the ’70s, there was an eccentric philologist named Reinhold Aman, and he had a thing for dirty words. And also insults. And blasphemy and scatology and ethnic slurs.

So Dr. Aman founded Maledicta, “The International Journal of Verbal Aggression.” Which was always fun to read, and informative about the culture of language.

In Maledicta 8 (1984-1985), Dr. Aman published an article by Hannes Stubbe, a German-born psychologist and ethnologist who taught at the Catholic University of Rio de Janeiro. The article was titled “Dialectics of Brazilian Negro Proverbs.”

“The racial problem in Brazil,” Dr. Stubbe wrote, “as far as it is at all noticeable, is a social problem. Since the Negro slaves were freed from slavery by the imperial decree of Princess Dona Isabel on 13 May 1888, their belated social start in Brazilian society was mainly noted by their marginality.

“Social tensions between whites and Negroes can clearly be seen in the dialectics of the ‘Negro proverbs,’ i.e., the proverbs of whites about the Negroes, and vice versa.”

Basically, Euro-Brazilians came up with a bunch of folk sayings that belittle Afro-Brazilians. And the blacks developed sayings of their own in response.

Dr. Stubbe provided many examples. Here are a few...

White proverb: Negro só tem de branco os dentes. (“The Negro has only the teeth of the white man.”)

White proverb: Negro ensaboado, tempo perdido, sabão esperdiçado. (“Lathering [soaping] a Negro is a waste of time and a waste of soap.”)

White proverb: Negro quando não gosta de mel é ladrão de cortiço. (“If the Negro does not like honey, he steals the beehive.”)

White proverb: Negro só é gente quando está no banheiro. Quando batem na port, ele diz: “Tem gente.” (“The Negro is only a person [human being] when he is in the toilet. When someone knocks at the door, he says: ‘There is a person inside.’ ”)

Any Brazilians out there reading this? I’d love to hear what you can tell me about the state of race relations in Brazil.
Posted by Undercover Black Man at 11:51 AM

I´m brazillian and I can say righ now, racism is everywhere. US? Yes. Portugal? Yes. Venezuela? Peru? Japan? Yes, yes, yes. It´s in fact a social problem of the world, I don´t know ehre you got Dona from Princess Izabel, but she didn´t do it from the kindness of her heart, as marginality exists both "ways", black or white. I find, at least, amusing as americans (US) don´t like to use the word negro. Why? I never studied US history but I never understood why is such a bad word for white folks to talk about.
About proverbs, some you can relate and some are full of s**t.

Dr. Aman can kiss my indian ass as the thinks the only problem is Brazil is racial problem, that´s not a problem, that´s consequence for bad goverment and as the people don´t know how powerfull they are to change things.

racism in Brazil seems to be different from racism in the US. but it does exist and you can still hear some proverbs quite like the ones you've listed. i still think it's a very social-related issue, since the vast majority of the "favela" population is afro-brazilian. people who have fair skin to any level call themselves "white" -- like soccer player ronaldo -- showing a clear distorted sense of ethnicity...

i still think the social issue is a much bigger problem than the race issue, but that's probably easy for me to say, given that i am "white".

Once upon a time in the '70s, there was an eccentric philologist named Reinhold Aman, and he had a thing for dirty words. And also insults. And blasphemy and scatology and ethnic slurs.

How very nice to meet you again, electronically, after all these years. I remember you well from your days in Washington and as a former subscriber to Maledicta.

As you can see, I'm still around and as "eccentric" as always:

So Dr. Aman founded Maledicta, "The International Journal of Verbal Aggression." Which was always fun to read, and informative about the culture of language.

Maledicta is still fun to read -- so why have you abandoned me? I know, I know: self-employed and no money, just like me.

[...] Dr. Aman can kiss my indian ass as the thinks the only problem is Brazil is racial problem, that's not a problem, that's consequence for bad goverment and as the people don't know how powerfull they are to change things.

I kiss Brazilian-Indian asses only if they are female, cute, and immaculate. Aside from that, you have totally misunderstood the Blogmeister's excerpts and commentary and who's who.

1) That article about Brazilian proverbs was written by Prof. Dr. Hannes Stubbe, not by me. I'm the editor and publisher of Maledicta, where it appeared. (But I still would love to kiss your ass if it's cute and immaculate.)

2) That article was not meant to make fun of Negroes; it was a scholarly treatment of significant folkloric and philological value that showed both sides -- the black and the white, and how they ridicule and see one another.

3) That article was not an attack on Brazilian racism. Racism is universal. From having taught English to a beautiful young Brazilian lady (who had a cute, immaculate and very kissable ass, as well as being 1/2 white, 1/4 black, 1/4 Indian), I know from my conversations with her that Negroes are treated better in Brazil than they are in the USA.

4) Since you are an Indian and not a Negress, why are so upset about these Negro proverbs? You remind me of the white busybodies in America who are self-appointed fighters for the rights of American Indians, Negroes, Latinos, and other minorities, even though they didn't asked them to speak for them, and many such targets of discrimination (including women and homosexuals) actually resent those busybodies.

I find, at least, amusing as americans (US) don't like to use the word negro. Why? I never studied US history but I never understood why is such a bad word for white folks to talk about.

I use "Negro" and even "Negress" -- two perfectly good words -- but that makes me a "racist" and "sexist" in the eyes of so-called liberals, "politically correct" busybodies and social engineers. You see, Renata No. 1, that stupid and ridiculous term "African American" and the even more idiotic euphemism "person of color" for "Negro" was introduced not by a majority of Negroes, who still call themselves "blacks," "Negroes," or even "colored" (the older folks) but by a few black activists and mainly by pushy "sensitive" white (often East-Coast Jewish) busybodies. The ass-kissing American media adopted those stupid terms, being "politically correct," and any non-Negro who now dares to use the good word "Negro" is attacked as being a racist.

In closing -- being "eccentric" and curious -- is your ass kissable, cute and immaculate? :)

racism in Brazil seems to be different from racism in the US. but [...] i still think the social issue is a much bigger problem than the race issue,

Very true, and also true for the United States.

but that's probably easy for me to say, given that i am "white".

It has little to do with whether you're white, brown or black -- your comments are rational and unemotional, unlike those of Renata No. 1. Muito obrigado!

I find it very interesting that most of the Black proverbs are more like pleas to be treated with common human dignity, such as in “The Negro’s blood is just as red as that of the white man.” Whereas the White proverbs seem to be focused on completely dehumanizing the Black people.

I wonder what it's like growing up believing you are inherently superior to other human beings because of the color of your skin.

^ I wonder what it's like growing up believing you are inherently superior to other human beings because of the color of your skin.

Well, kevjohn, you could join the Nation of Islam and find out. (I'm kidding... I kid because I love...)

Welcome to my spot, by the way. And thanks for commenting.

Dr. Aman! You ol' hiney-smoocher you! What a lovely surprise to find your comment here.

Almost as nice a surprise as when I found your website and realized that you're still out there stirring up shit.

I confess, I lost track of you about a decade ago, and didn't know whether you were still locked up or what. But I will definitely make up for lost time by purchasing some back issues.

(I loaned Maledicta 10 to a Negro some years ago and never got it back. I bet the Brazilians have a saying for that.)

What a gem of a find, this comment thread.
I checked out Dr. Aman's website, and after only a moment of reading, bookmarked it.

"25 years of increasing hell..."
I was lol'ing at lots of stuff on your site Herr Doctor.
I plan to read all of it.

Reading about Reinhold Aman and his Maledicta reminded me of a collection of proverbs published by Lafcadio Hearn in 1885 as Gombo Zhebes: Little Dictionary of Creole Proverbs. He had a lifelong fascination with language, and before jumping ship for Japan he lived for some time in New Orleans. Many of the sayings are fantastic little religious proverbs, such as "Quand ou mangé evec guiabe, quimbé cuillé ou longue" or When you eat with the devil, see that your spoon is long.

Mixed in are numerous sad racist comments on slavery, all the worse for being self-directed. But one of my favorites, more in the spirit of the Sangue de negro é vermelho como o de branco proverb is this:

Thank you, Vaucanson’s Duck. That book of Creole proverbs is my kind of reading material. So I jumped all over it...

Like a lot of fascinating old books now out of copyright, it has been digitized and can be downloaded off the Web for free! I just copped the “Little Dictionary of Creoloe Proverbs” as a PDF file from Internet Archive. (Click here, and look in the left-hand column for the download link.)

And right out the box, there’s this dandy from Martinique: “As soon as a mulatto is able to own an old horse, he will tell you that his mother wasn’t a nigger.”

Thanks again, VD. And welcome to my spot.