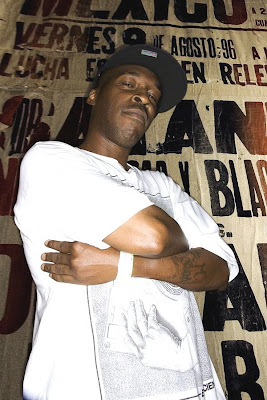 Roc Raida (Anthony Williams), a pioneer of turntablism, has reportedly died at the age of 37.

Rapper Busta Rhymes broke the news via Twitter. He wrote: “I am sorry 2 say that on this day at 2:05 Sept 19th we lost another incredible life...Dj Roc Raida died 2day my personal Dj is gone...”

HipHopDX.com reports that Roc Raida’s family has confirmed his passing. According to a family statement, Raida’s death was the result of a recent “mixed martial arts accident.”

Roc Raida was a founding member of the X-ecutioners, one of the first DJ crews to get a record deal.

I’m not deep into turntablism. But the first X-ecutioners album (“X-pressions”) was one of my earliest downloads when I subscribed to eMusic back in 2001. And I like that album.

In honor of Roc Raida, let me spin one of his tracks off of “X-pressions.” Click here to hear “One Man Band” on my Vox blog.

UPDATE (09/20/09): There’s much video on YouTube of Roc Raida on the wheels of steel. This clip shows him demonstrating the art form in Japan in 1999:

Even if not into turntablism, you don't have to deeply like something, in order to have respect for it.

I like their take on "All The Ugly people Be Quiet", but then again Cash Money, gave them a legendary bit of work to build on top of.

As a fellow DJ, the passing of another, especially a master, is sad.
Even DJ AM who I can't say I ever heard, is missed.