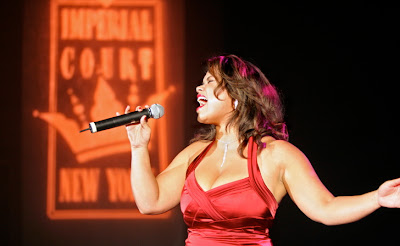 I haven’t got into “American Idol” this season. (From what I’ve seen, though, Adam Lambert is a monster of an entertainer.)

I did enjoy previous seasons, and I have a lingering affection for some of the old contestants. Which doesn’t mean I’ve wanted to buy any of their music.

Take Kelly Clarkson. She was the cat’s meow in Season 1. But that current hit single of hers? The title should be: “My Life Would Suck Without You, But This Song Would Suck Regardless.”

Anyway... I have forced myself to check out what some of my favorite “AI” contestants are up to lately. Click the song titles below if you are likewise curious.

Kimberley Locke’s performance of “Where the Boys Are,” in my opinion, was one of the great moments of Season 2. In her subsequent music career, she has cultivated a loyal gay fanbase. This cover of the Freda Payne classic was a dance-club hit in 2008.

Melinda Doolittle, the Season 6 bronze medalist, released her first solo album two months ago. This is her update of a Robert Johnson blues standard.

Even after Taylor Hicks won Season 5, I proclaimed that his destiny was to be the world’s hippest wedding singer. Indeed, Taylor hasn’t been raising hell on the sales charts. He is currently in the touring company of the musical “Grease.” This is a cut from Hicks’s latest album, which came out last month.

Here’s my favorite cut on this list. You know Elliott Yamin loves Donny Hathaway, right? Well, on his 2008 Christmas album, Elliott covered Hathaway’s “This Christmas.” Sang the balls off it, too.

5. “I’ve Got You Under My Skin” – Chris Botti feat. Katharine McPhee

I predicted that Kat McPhee – a world-class beauty – would find her greatest success as a movie actress. That remains to be seen. Meanwhile, she’s a guest vocalist on the new live album by jazz trumpeter Chris Botti. 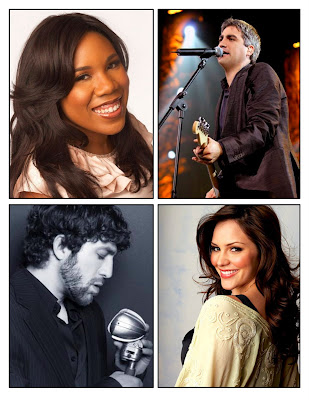 I almost forgot about Elliott Yamin. That was a very nice cover. He didn't go muckin' up the arrangement, but stayed true to the original. I bet Mr. Hathaway would've been proud.

As for Taylor Hicks, he hasn't blown up like other Idol winners.

I caught Adam Lambert doing "Mad World" last week and I liked it so much I bought it a couple of days later. The melody is so haunting. He didn't try to make it a power ballad or a rock anthem.

People seem to be comparing Matt Giraud to Justin Timberlake. I haven't paid that much attention. I know his mom's part black, but looking at him you might not know it at first blush, or second, or third for that matter.

Have you checked out Melinda's official web site - www.melindadoolittle.com? You can also follow Melinda on twitter - mdoolittle!

Thanks for the Elliott Yamin song. Donny Hathaway's Christmas is always on heavy rotation at our home at the holidays. Elliott Yamin did a very nice job with my favorite contemporary Christmas song.

Tamyra Gray from several seasons ago married a member of Color Me Badd. (No, not the demon possessed one.)

I know his mom's part black...Word? Matt Giraud? I did not know.

^When they featured his family a few weeks ago I thought: "There's something's not quite white about his mom." But hey, I could be wrong. It's mentioned in various online forums. Here's a mention at mulatto.org.

"Not quite white" Love it! They showed a clip of Matt's family and we picked up on mom right away. The black family members sealed it.

Not quite white, LOLOL. I'm looking at dude's head, though. It's HUGE...or his face is really small. LOL. I've been meaning to dig into some Yamin for some time now. Need to go ahead and just do it.