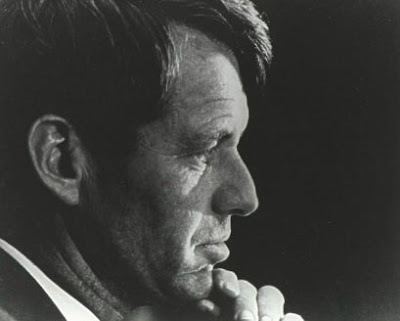 On the night Martin Luther King was murdered, Robert F. Kennedy was in Indianapolis, campaigning for the Democratic Party’s nomination for president.

Kennedy spoke for only 6 minutes that evening, breaking the news to a crowd of his supporters. His remarks are considered one of the most memorable political speeches of the 20th Century. (You can download the sound file from the American Rhetoric website.)