Playlist: Bow down to Dean Bowman 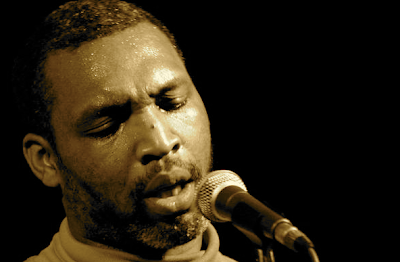 He is a great vocal talent... and yet, one of America’s best-kept secrets.

I have pointed to Bowman’s work with the funk-rock band Screaming Headless Torsos (here and here). But he has recorded with a worldwide array of eclectic artists – jazz players, hip-hop producers, alternative- rock songwriters. Bowman has chops to suit any task.

He can scat like a bebopper. He can render a Negro spiritual like a concert performer. His signature trick – a deep-throated warble – fits wherever he wants it to fit. And he can tell a story in song.

Hell, I’m ready to put on robes and follow this dude!

And yet Dean Bowman hasn’t put out an album under his own name. You have to hunt for his tracks on other people’s stuff.

Herewith, I offer a selection of recordings featuring Dean Bowman vocals. Click the song titles below to stream the music on my Vox blog: 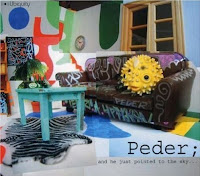 This moody track is from a Danish hip-hop producer named Peder. It’s off his 2007 CD “And He Just Pointed to the Sky...” Downloadable from iTunes and eMusic.

A dark and compelling song-story from Austrian Fred Eisler’s 2005 CD “Camena to the Fallen.” Downloadable from iTunes, eMusic and Amazon. 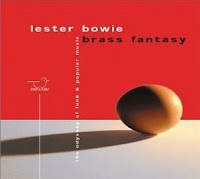 Leave it to the late Lester Bowie to remake a Notorious B.I.G. hit with a jazz ensemble.

Bowman doesn’t rap, but he pays righteous tribute to Biggie. From the 1998 CD “The Odyssey of Funk & Popular Music.” Downloadable from iTunes.

This naughty-minded collaboration with Congolese artist Borrina Mapaka is available as a FREE MP3 download (along with several other tracks) on Bowman’s official website. 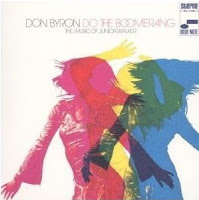 Bowman stretches and flexes toward the end of this groovin’ track from saxophonist Don Byron’s 2006 album “Do the Boomerang: The Music of Junior Walker.” Downloadable from iTunes and Amazon.
Posted by Undercover Black Man at 12:06 AM

I'm feelin' "Cleo's Mood." But, I have to admit, after listening to it I went in search of Don Byron.

^ Not feeling Bowman? Mmmokay. (Maybe I shouldn't sell all my worldy possessions and start that new religion I was thinking about...)

Hey undercover...I love DEAN and I have even performed with him myself! He's beautiful soul that lets that shine through his music no matter WHAT he's singing...

Thanks for putting him out there!

Thanks, be heard. How cool that you shared a stage with him!

It was truly a blast! thanks for the feedback...

If you will forgive the immodesty, please check out Jane Bunnett/Dewey Redman/Stanley Cowell "Spirituals and Dedications" on Justin Time.
Obama, Dean

i don't know if you are aware of the Leon Thomas influence i hear. the yodel or warble was his signature

The Jane Bunnett recording is beautiful. 'Don's Light' is a gorgeous tune and, though brief, Dean's singing crowns the tune towards the end, finalizing with Stanley Cowell's piano. A jewel.