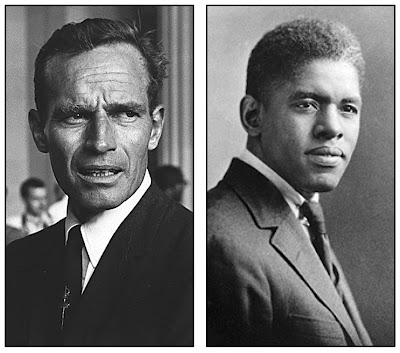 The name “Charlton Heston” doesn’t usually bring to mind old Negro spirituals. But I found a great artifact that combines the two.

It’s a 1959 recording titled “Charlton Heston Reads from the Life and Passion of Jesus Christ.” (Available on CD and by digital download.) 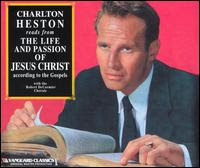 Mr. Heston’s recitation of New Testament scripture is backed by traditional African-American spirituals such as “Were You There?” and “I’ve Been ’Buked and I’ve Been Scorned,” as sung by the Robert De Cormier Chorale.

I’m streaming a 6½-minute track – “The Crucifixion/He Never Said a Mumberlin’ Word” – on my Vox blog. Click here to listen.

I was vaguely aware of Mr. Hayes before, but I had never heard his singing. Click here and enjoy his beautiful rendition of “He Never Said a Mumberlin’ Word.”

Happy Easter to all.
Posted by Undercover Black Man at 10:36 AM

This is my first time here! Thanks for the wonderful sound & video clips. A great way to end Easter. I'm a choir singer/church soloist & every year I'm asked to sing "Crucifixion" aka "He never Said a Mumblin' Word" on Good Friday. He does a slightly different version than the one I learned & it is beautiful.My late aunt once accompanied Roland Hayes on one of his visits to the Boston,MA area years before I was born & she often talked about him.

Roland Hayes was a bass not a tenor - a great, great bass at that! They're rare. Moses wouldn't have it any other way :)

^ Cuz, you must not've bothered to hear that track I streamed. (Or read the bio link either.) ;^)

Profwood1, welcome here. Thanks so much for commenting.

Sorry UBM. You're right. Put me on your Mis Identified list. I was thinking of William Warfield. Duh. I guess Charlton threw me off. Next time I'll check the audio. It's a little spotty on this computer, but every now and then it kicks. :)