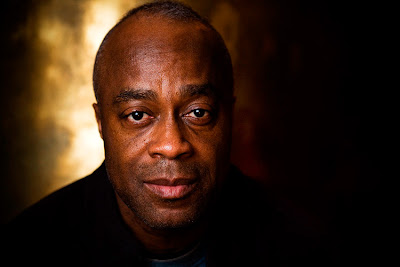 First, let me thank photographer Wolfgang Borrs for allowing me to use this portrait of filmmaker Charles Burnett.

Burnett is a longtime hero of the black independent film movement. His 1970s student film “Killer of Sheep” has been hailed as an American masterpiece.

His “To Sleep With Anger,” released in 1990, was a highlight of the New Black Cinema.

My man Elvis Mitchell interviewed Charles Burnett last week on his radio show “The Treatment.” Follow this link to KCRW.com and you can stream or download the complete half-hour interview. (It is also available as a free podcast at iTunes.)

Embedded below is a trailer for the 2007 re-release of “Killer of Sheep.”

Oh man, thank you! I just saw Killer of Sheep for the first time a couple months ago and I was pretty blown away. And Elvis is a good interviewer too. I'll check this out.

I missed Killer of Sheep when it came to SF. I'm still mad about that.

I'm getting some strange looks now that I'm asking around for this movie.

I can almost see them reaching under the counter for PETA's number to report me.

$40+ for the DVD is a little steep for me,but I would really like to see it.